Total Brain & Spine Institute is committed to providing the best care and treatment for Traumatic Brain Injuries throughout Tampa, Florida. Dr. Le and his team are standing by the assist you.  Contact us today to schedule a consultation.

A traumatic brain injury (TBI) is defined as a blow to the head or a penetrating head injury that disrupts the normal function of the brain. TBI can result when the head suddenly and violently hits an object or when an object pierces the skull and enters brain tissue. Symptoms of a TBI can be mild, moderate or severe, depending on the extent of damage to the brain. Mild cases may result in a brief change in mental state or consciousness, while severe cases may result in extended periods of unconsciousness, coma or even death.

Symptoms vary greatly depending on the severity of the head injury, but may include any of the following: 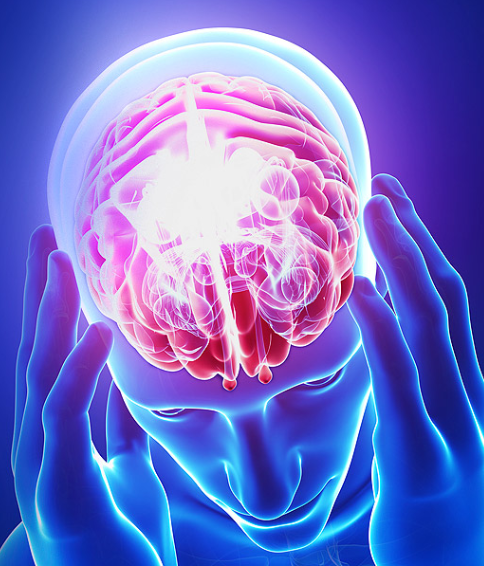 Age, injury, poor posture or diseases such as arthritis can lead to degeneration of the bones or joints of the cervical spine, causing disc herniation or bone spurs to form. Sudden severe injury to the neck may also contribute to disc herniation, whiplash, blood vessel destruction, vertebral injury and, in extreme cases, permanent paralysis. Herniated discs or bone spurs may cause a narrowing of the spinal canal or the small openings through which spinal nerve roots exit.

Pressure on a nerve root by a herniated disc or a bone spur may result in:

When discussing TBI, the term “mass lesion” is often used. This refers to an area of localized injury that may cause pressure within the brain. The most common mass lesions related to TBI are hematomas and contusions.

A cerebral contusion is bruising of brain tissue. When examined under a microscope, cerebral contusions are comparable to bruises in other parts of the body. They consist of areas of injured or swollen brain mixed with blood that has leaked out of arteries, veins or capillaries. Contusions are seen most commonly at the base of the front parts of the brain, but they may occur anywhere.

An intracerebral hemorrhage (ICH) describes bleeding within the brain tissue, which may be related to other brain injuries, especially contusions. The size and location of the hemorrhage helps determine whether it can be removed surgically.

Subarachnoid hemorrhage (SAH) is caused by bleeding into the subarachnoid space. It appears as diffuse blood spread thinly over the surface of the brain and is seen commonly after TBI. Most cases of SAH associated with head trauma are mild. Hydrocephalus may result from severe traumatic SAH.

TBI can produce microscopic changes that cannot be seen on CT scans that are scattered throughout the brain. This category of injuries is called diffuse brain injury, which may occur with or without an associated mass lesion.

Diffuse axonal injury refers to impaired function and gradual loss of some axons, which are the long extensions of a nerve cell that enable such cells to communicate with each other even if they are located in parts of the brain that are far apart. If enough axons are injured in this way, then the ability of nerve cells to communicate with each other and to integrate their function may be lost or greatly impaired, possibly leaving a patient with severe disabilities.

Another type of diffuse injury is ischemia, or insufficient blood supply to certain parts of the brain. It has been shown that a decrease in blood supply to very low levels may occur commonly in a significant number of TBI patients. This is crucial because a brain that has just undergone a traumatic injury is especially sensitive to even slight reductions in blood flow. Changes in blood pressure during the first few days after head injury can also have an adverse effect.

No treatment is required for most linear skull fractures, which are simple breaks or “cracks” in the skull. Of greater concern is the possibility that forces strong enough to cause a skull fracture may also have caused some damage to the underlying brain. Fractures of the base of the skull are problematic if they cause injury to nerves, arteries or other structures. If a fracture extends into the sinuses, there may be leakage of cerebrospinal fluid (CSF) from the nose or ears. Most leaks will stop spontaneously. Sometimes, however, it may be necessary to insert a lumbar drain, which is a long, thin, flexible tube that is inserted into the CSF space in the spine of the lower back. This provides an alternate route for CSF drainage so that the dural tear that is responsible for the CSF leak in the base of the skull has time to seal.

Like all trauma patients, persons with TBI need to undergo a systematic yet rapid evaluation in the emergency room. Cardiac and pulmonary function is assessed first. Next, a quick examination of the entire body is performed, followed by a complete neurological examination. The neurological examination includes an assessment utilizing the Glasgow Coma Scale (GCS). In addition to the GCS, the ability of the pupils to become smaller in bright light is also tested. In patients with large mass lesions or with high intracranial pressure (ICP), one or both pupils may be very wide or “blown”. The presence of a wide or dilated pupil on only one side suggests that a large mass lesion may be present on the same side as the dilated pupil. Brainstem reflexes including gag and corneal (blink) may also be tested.

A computed tomography scan (CT or CAT scan) is the gold standard for the radiological assessment of a TBI patient. A CT scan is easy to perform and is an excellent test for detecting the presence of blood and fractures, which are the most crucial lesions to identify in medical trauma cases. Plain x-rays of the skull are recommended by some as a way to evaluate patients with only mild neurological dysfunction. However, most centers in the U.S. have readily available CT scanning, which is a more accurate test. For this reason, the routine use of skull x-rays for TBI patients has declined.

Magnetic resonance imaging (MRI) is not commonly used for acute head injury because it takes longer to perform MRI than a CT. MRI is not as practical for acute trauma because it is difficult to transport an acutely-injured patient from the emergency room to the MRI scanner. However, after a patient has been stabilized, MRI may demonstrate the existence of lesions that were not detected on the CT scan. This information is generally more useful for determining prognosis than for influencing treatment.